Regarding Oscar and Chloé Zhao 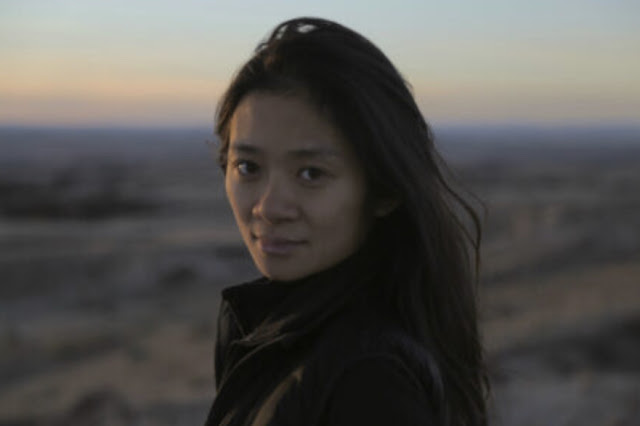 I have mentioned, in previous years, that I don’t tune in like I used to.

Part of the reason, and I’m sure this is how other regulars here feel, is that Hollywood is too much in bed with the Democratic Party. That what gets said—what gets expressed—comes across as an extension of the corrupt, corporate, Democratic Party Establishment and their neoliberalism and, of course, their propaganda. This means trying to influence how people think and feel—how they should live—when, in reality, they do not relate to most people. It is another example of the differences between the haves and the have-nots.

Another reason why I don’t feel so engaged is because the Oscars have become old.

It feels like a lot of the productions and the people who end up winning were determined weeks, even months, ago. A website like GoldDerby, by awards expert Tom O’Neil (who has written books on the history of the Oscars, Emmys, and Grammys), follows this like sport. They’re very observant and have it pretty much figured months in advance.

This ends up coming across as pre-determined. Not all of it. Enough of it.

Since there has been much word of mouth, for months, I expect—and it has been expected—that the 2020 Best Director Oscar will go to Chloé Zhao, pictured above, for Nomadland. (She recently won the Directors Guild of America’s prize for film achievement. Usually, the DGA winner goes on to win the Oscar. And Zhao has won nearly every pre-Oscar prize along the way.)

Nomadland is about a woman—played by two-time Oscar winner Frances McDormand (who co-produced the film and is nominated on that count along with her performance)—who loses her job and travels in search of work. She also finds other people experiencing much of the same. It is based on the book Nomadland: Surviving America in the Twenty-First Century, by Jessica Bruder. (I have not seen Nomadland. It is available for streaming on Hulu. I may get to it. Subject matter is very relevant to this period in our history.)

While I expect Zhao to win, I also expect a narrative which has been pre-written will be reported. While Zhao would become the second woman in history to win the Oscar for directing (the first was Kathryn Bigelow, the 2009 winner, for The Hurt Locker), this narrative will point out that Zhao is a woman of color. Zhao is Chinese. She was born March 31, 1982, in Beijing, China.

This will, more than likely, become another example of identity politics. And the point of that will be to help enforce the narrative that Hollywood is enlightened. This of course means the same about the Democrats.

I think that is the wrong way to look at this.

Should Chloé Zhao win the 2020 Best Director Oscar, it bares in mind she may also win with each of her four nominations. As the director of Nomadland, Zhao is also nominated for Best Picture (as one of its producers), Best Adapted Screenplay, and Best Film Editing.

That is both uncommon and one hell of an achievement.

Achievement in excellence, not identity, is how we should regard the possibly Oscar winning Chloé Zhao.